This is the 15th year of our multi-player, multi-author, altogether unique and entirely free fantasy baseball commentary system!

Register now to read all of the comments and add your own.

Without even registering, you can see a few players that we talk about. The salary scans are for standard 4x4 Rotisserie leagues. The three different bids are for the three most common leagues, explained in more detail in the Glossary.

Those who have come here from The Fantasy Baseball Guide 2015 looking for Stage Four are invited to click here. We hope you will register and then take over from that rude guy who has gone straight to Hudson News to ask for his money back.

To see all the players, literally thousands of players, and read the comments about them or add your own, you just need to register for free. It's easy, it's quick, and it keeps away the bad guys. Once you have registered you will have access to all sorts of great search options, such as listing players by team, according to what they earned last year, or listing all catchers in the National League. There's a Most Recent Comments page and another that lists players according to the number of comments.

So take a look around, and if you like what you see, join the company! 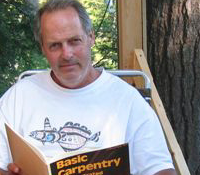 Back in the days when there were books on Rotisserie baseball, Alex Patton wrote nine of them. Now he continues to write for his own web site as well as for various other sites, such as Baseball HQ. With Eric Lindow, he has developed the popular software, Patton $ On Disk, that helps people get ready for the Rotisserie Wars. 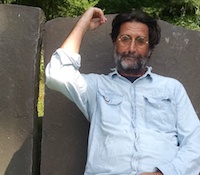 Fantasy baseball players have been Asking Rotoman and reading his column at MLB.com since 1995. Rotoman is editor-in-chief of an annual Fantasy Baseball Guide and answers reader mail at AskRotoman.

Outside the Lines Studio

The creator of both architectural design and a number of web applications, OTL Studio is run by Colin Summers and has been coding and designing for more than twenty-five years.

This is our brand new 2014 version of the web application and discussion platform. We will be making changes to it every week to improve it. As before, your experience in seeing the players you want to see, rated by fantasy league touts who have won their leagues year after year, that is the most important thing for us.